One of the Center’s major goals is to enhance the diversity of the aging research workforce by identifying and mentoring scientists from and/or with interest in underrepresented groups who can advance research on AD and related dementias (ADRD).

Congratulations to the 2019-2020 AD-RCMAR Research Scientists: 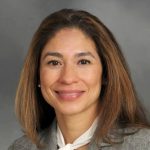 Study Title: Identifying Risk Factors for Cognitive Impairment in Latinos: A Population Based Pilot Study of Biomarkers, Emotion and Stress

This pilot study will address a critical need to characterize plasma biomarkers of neuropathological change and pre-clinical AD-plasma biomarkers in a non-clinical sample of Latinos at mid-life. This work will also provide 1) preliminary evidence to assess the acceptability, feasibility and potential limitations in recruiting, engaging and retaining Latino participants in AD research involving venipuncture, and computer based assessments; 2) advance understanding of how chronic stress and risk factors identified in this application potentially influence neuropathological changes; 3) examine potential moderating effects of emotion and psychosocial functioning. 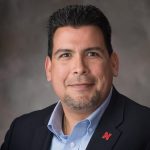 Study Title: Age of Migration and Cognition: The Importance of Contextual Factors in Cognitive Aging Among Older Latinos in the United States. 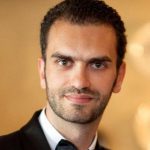 Study Title: Using a “SuPAR” Biomarker to Evaluate the Burden of Inflammation and Its Impact on the Ethnoracial Differences in Cognitive Decline.

Inflammation is increasingly recognized as a major component of the pathogenesis of Alzheimer’s disease (AD). While numerous epidemiological studies suggest that use of anti-inflammatory drugs is associated with a lower incidence of AD, clinical trials have been largely disappointing. Peripheral biomarkers of inflammation may identify a subgroup of AD patients that could benefit from anti-inflammatory therapy. Moreover, differences in inflammatory burden may account for ethnoracial differences in the prevalence and progression of AD. Characterizing the burden of inflammation in AD is however challenging, and the association of traditional blood-based measures of inflammation with AD and cognitive decline has been inconsistent. We propose characterizing levels of soluble urokinase plasminogen activator receptor (suPAR) – a novel marker of chronic immune activation – in patients with AD, determine whether levels can predict declining cognitive function, and assess whether differences in the burden of inflammation accounts for ethnoracial differences in cognitive decline. 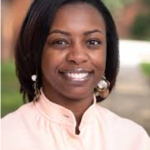 This project will be the first to comprehensively investigate early life adversity (ELA; e.g., childhood socioeconomic status [CSES], MIDUS childhood context indicators, & Adverse Childhood Experiences [ACEs]) in relation to cognitive decline in middle-aged to older urban-dwelling, African American adults, without neurological disease. Use of prospective data on multiple cognitive outcomes among African Americans in this age range represents a major advantage of the NIH-funded Healthy Aging in Neighborhoods of Diversity across the Life Span (HANDLS) study in comparison to other studies, allowing us to detail these associations more extensively. This pilot project will allow for initial exploration of these linkages, in preparation for a R01 that will aim to elucidate biopsychosocial mechanisms underlying the relation of ELA to cognitive decline among African Americans. The Specific Aims of this project are, Aim 1: Determine whether greater ELA is associated with decline in cognitive functioning among African Americans. ELA in childhood will be assessed by CSES, MIDUS indicators, and ACEs. Cognitive functioning will be assessed by neurocognitive tests of verbal and nonverbal learning and memory, attention, working memory, visuospatial skills, psychomotor speed, and executive function. We hypothesize that greater ELA in childhood will be associated with greater decline in these endpoints over follow-up, independent of adult SES and key sociodemographic, psychosocial, and behavioral adjustment variables. Aim 2: Determine whether cardiometabolic risk factors serve as mediators of the relation of ELA in childhood to decline in cognitive functioning among African Americans. A cardiometabolic risk factor composite will be comprised of blood pressure, body mass index, total cholesterol, glucose, insulin, and CRP. We hypothesize that greater cardiometabolic risk will partially account for the relation of ELA in childhood to cognitive endpoints in adulthood (outlined in Aim #1). Overall, this project may promote greater understanding of the role ELA plays in the earlier onset of poorer cognitive functioning among African Americans. 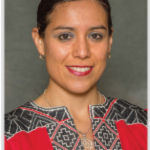 Increasing evidence highlights the role of individual and cultural values in the experience of caregiving challenges (Sherman, Webster and Antonucci, 2013; Nápoles et al., 2010). As such, are the expectations and burdens of caregivers the same across Latino groups? It is recognized that beliefs surrounding memory loss and AD caregiving vary across racial/ethnic groups; such variability affects the level and type of interaction between patients, families, and the healthcare system (Janevic & Connell, 2001; Roberts et al., 2003). However, are there ethnically distinct interactions among Latino groups? How might the acceptability of AD intervention and related efficacy vary across Latino groups? As part of the MCCFAD, we will explore, in a systematic and culturally sensitive fashion, levels of familiarity with symptoms associated with AD, diagnosis and care, and perceptions and concerns about AD, as well as barriers to care among Mexican and Puerto Rican, the predominant -Latino groups in the Grand Rapids, Michigan region.
Specific Aim 1: Examine perceptions and concerns about AD symptoms, diagnosis, and care among Mexicans and Puerto Ricans in the Grand Rapids region.
Our main objective is to identify and assess perceptions and concerns regarding AD symptoms, diagnosis and care in the two identified Latino groups.
We held five Focus Groups (three with Mexicans, and two with Puerto Ricans), as well as two interviews with Puerto Ricans participants employing open-ended questions about AD, predictive testing, diagnosis, progression of disease and care. Focus Group interview guide was first discussed with a community advisory board, composed of Latino community leaders, to develop a cultural sensitive interview process that takes in consideration social context. 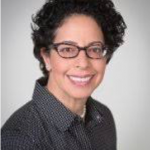 Study Title: The Epidemiology of Alzheimer’s Disease and Related Dementias (ADRD) among Arab Americans Compared to non-Hispanic whites (NHW), non-Hispanic blacks (NHB), Hispanics, and Asian Americans in the US and Michigan

Study Purpose: The overall goal of the study is to understand the epidemiology, specifically prevalence
and risk factors for and mortality related to ADRD among Arab Americans ages 45 and older compared
to non-Hispanic whites, non-Hispanic blacks, Hispanic and Asian Americans. The three specific aims are
to: 1) Estimate the national prevalence of and risk factors for ADRD using US Census and National Health
Interview Survey data; and 2) Estimate ADRD-specific mortality rates using data from the Michigan
Department of Health and Human Services using a surname list.

Methods: For aim 1, percents and odds ratios were calculated. For aim 2, we will use an Arab name
algorithm that uses first, last, and maiden name, along with standard race and ethnicity variables to
identify Arab Americans use state data. We will calculate death rates. The data base will be de-identified
prior to data analysis.